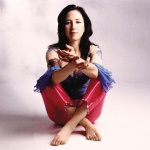 Donna De Lory is best known as a backup singer for Madonna, performing in most of Madonna’s live appearances and all tours since 1987’s Who’s That Girl? Tour. She’s no second fiddle, though!

Donna, who comes from a musical family, is an accomplished singer and songwriter and has been singing professionally since she was eight. In 1992 she released her first self-titled album. While traveling and promoting the record, Donna heard and embraced the music styles of the different countries she visited. Her next releases, 2000’s Bliss and 2003’s In The Glow, beautifully blended world music sounds with downtempo electronica and acoustic elements.

The Lover And The Beloved, released in 2004, continued from where In The Glow left off and added Donna’s interest in yoga to the mix. To be honest, I don’t normally listen to music inspired by or intended for yoga, as it just isn’t to my taste. But I absolutely adore this album! 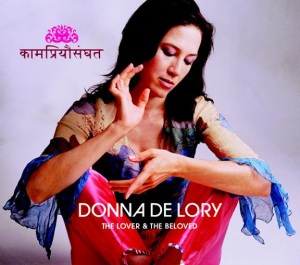 This is the perfect album to chill out to. A lot of albums try to be relaxing and calming, but The Lover And The Beloved actually is relaxing and calming. There’s lots of lovely ambient production and Donna’s vocals are perfectly suited to this chilled style of music.

The songs on the album have been described as ‘devotional’ in reviews. I have no idea if they are or not, or exactly what that means – to me, they just sound good! Donna sings in Sanskrit and English on The Lover And The Beloved, and even though some of the mantras she sings look repetitive on paper, she puts emotion into each phrase and makes it unique.

This is a great album to start with if you’ve never heard any of Donna’s work. She also has a new CD out – check her MySpace to find out more!