Have you seen Lady GaGa’s new video for her newest masterpiece, “Bad Romance”? It. Is. Phenomenal! I like the “Paparazzi” vid but didn’t quite get why everyone was so buzzed about it. The “Bad Romance” video, however, has made me love the Lady even more.

What I think I love most about this visually arresting video is that it defines Lady GaGa – she is not afraid to be “weird.” She doesn’t do safe. And yet, she manages to be sexy and fierce even while going outside the box. No, she’s probably not a super-serious artiste, but who cares? She’s fresh, fabulous, and fun – and the most exciting pop star out there right now. (Well, at least until Kylie comes out with another single! :) ) 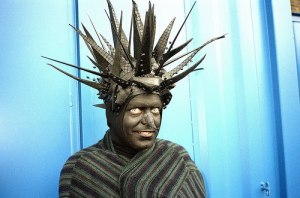 Wow, it’s been a while since I wrote a proper review! :O

I’ve really been liking Lady GaGa’s new album, The Fame. I didn’t like it so much on my first listen – it all sounded a bit same-y – but on my second one I got into the tunes. The first track and lead single “Just Dance” is a great start to the album. Even Colby O’Donis’ contribution works! My favorite bit of the song is the “half psychotic/sick hypnotic” part, and right after it (“go, use your muscle, carve it out, work it, hustle”). I love the next track, “Love Game”! Between Lady GaGa’s confident delivery of the cheeky lyrics and the cool spoken “let’s have some fun, this beat is sick/I wanna take a ride on your disco stick” bit, this song is a winner. Love the synths and the beats in this one!

“Paparazzi” comes up next and it’s also one of my favorites on the album. The chorus, which uses the ruthlessness of the paparazzi as an analogy for Lady GaGa’s determination to get her guy, is actually quite pretty. The next track, “Beautiful Dirty Rich,” has an awesome bass lick and shuffling beat to back up this tale of being glam and partying. It’s a short song but it stays with you. “Eh Eh (Nothing Else I Can Say)” is next, and to be honest I really don’t like this one. It’s too… well, it’s too happy. Like, sickly-sweet happy. The production sounds kinda cheap, too. Luckily, the best track of the album comes right after that mess – “Poker Face.” Dark synths, deep backing vocals, and fierce vocals from Lady GaGa make this track brilliant. I love Lady GaGa’s declaration of her marvelousness!

“The Fame” is also one of my faves. It’s just so catchy! One of the themes that runs through the whole album is, of course, fame. This track lays out Lady GaGa’s ambitions – to “live the life of the rich and famous.” There are worse things to shoot for! ;) “Money Honey” has a squidgy synth bassline and lots of expressive vocal work from Lady GaGa. That’s one of the things I love most about the album – Lady GaGa does the vocal equivalent of Voguing. She strikes a pose with each vocal inflection!

I read on the very cool Electro Retro that Lady GaGa got her name from Queen’s “Radio Ga Ga,” and in her song “Again Again” you can definitely hear some Queen influence, especially in the piano. But, the song doesn’t quite fit in with the rest of the tracks because of its more organic feel, and it ends rather abruptly. That’s OK though, I still like it. :) “Boys Boys Boys” is a fun ode to, well, boys! It’s bright and energetic and has some call-and-response bits (“we love them! we love them!”).

“Brown Eyes” has a tempo similar to “Again Again,” and the guitar work reminds me a bit of Queen again. It’s a nice little song that’s sadly bound to get ignored in the shuffle of the rest of the hot electro-pop tracks. So make sure to give it a listen! “Summerboy” has a mid-tempo pace and is all right but doesn’t quite reach the heights of the best tracks of the album. I like the guitar, though! The album closes with “I Like It Rough,” a cool 80s-sounding song with neat synths and a rocking beat. I really like the vocals on the chorus! It’s a great way of ending the album.

The Fame was released in August and September in a few countries, and the album will be released October 28 in the US and other territories with a bit of a different tracklist. :)