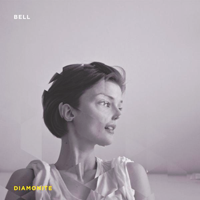 16. Diamonite by Bell: The torrential, windswept “Bulgari” starts this minimal-but-mighty album off right. Bell’s crisp vocals navigate that track’s choppy waters with style, as she does with the rest of Diamonite. It’s an eccentric debut LP, but not in a cutesy “oh look at how quirky I am!” kind of way; rather, Diamonite‘s sound is based in electronic elements that work with Bell’s super-expressive tones and idiosyncratic lyrics (“Meaninglessness” wins extra points for this font-referencing line: “I see, all around me / in the newspaper I read / in the serif and sans-serif fonts on my screen / people all busy themselves idling. Yeah!”) to make something truly, engagingly special.

17. Colour Of The Trap by Miles Kane: This and Alice Gold’s album (#28 on this list) successfully revived the spirit of swinging ’60s pop this year (on my iPod, at least!). Colour Of The Trap has sunny ditties (like the yearning “Rearrange” and the sock hop of “Quicksand”), twist-and-shout rockers (“Inhaler,” “Better Left Invisible”), lovelorn ballads (“My Fantasy,” “Take The Night From Me”), and even a cooing duet with French actress Clémence Poésy (ooh la la, “Happenstance”!) – in short, a stunning selection of tunes.

18. Zoë by Zoë Badwi: Get ready to dance! (Or wiggle at your computer chair, like I’m doing at the moment.) From the high-flying “Freefallin” to the soaring “Until You’re Over Me” (“fighting my feelings on the dance floor” – you will survive, Zoë!), all the way through the rather ethereal “One Step Behind” and surprisingly beatless “Believe You” (Zoë’s voice is lovely here!), the Aussie diva makes her debut album a momentous event. (And the TV Rock Edit of “Release Me” is amazing. Amazing!!) 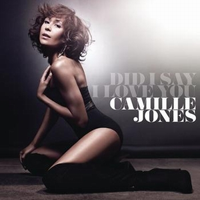 19. Did I Say I Love You by Camille Jones: I’ll talk about opening track “The Streets” and its fabness in my forthcoming Top Singles of 2011 list, so let’s start with the second track, “Closer.” Like the rest of Did I Say I Love You, it borrows the anthemic spirit of classic dance and house songs of the ’90s and, in “Closer”‘s case, jazzes ’em up even more with zippy production. “Wasted” has a love-drunk disco vibe, “Now You Know” is full of sinister bass and synths, “Better Forget” is wistful, and “Stay Gold” is huge. “The Dark” closes the album, a more aggressive Part II to “The Streets,” drawing on the “walk the streets, late at night” line of the latter song. A fantastic dance record.

20. Flash! by Electric Lady Lab: OK. It’s not a lyrical masterpiece, it’s not a musical revolution. I imagine that this album could be easily dismissed as “cheesy.” But I love love love Flash! Electric Lady Lab’s full-length debut wears its ’80s and ’90s dance music influences on its sleeve, from the pulsing synthline in “Last Virgin Alive” (what a title!) to the actual ’90s classic-sampling “You & Me” (Snap!’s “Rhythm Is A Dancer” is deployed to excellent effect here). Lead singer Stine Hjelm Jacobsen’s voice can go all lovesick (“Imagination,” “Dangerous”) or serious-business-on-the-dance-floor (“Dancing With A Ghost,” “Flash!”), and shines most brightly on the tear-stained “It’s Over Now.”

21. Barbara Panther by Barbara Panther: “Rise Up.” Seriously, just listen to “Rise Up,” and you’ll hear why I love Barbara Panther’s debut album: clanking percussion, wordless vocal riffs, Barbara’s calls for “a cosmic revolution”… It’s all good, and these elements – creative instrumentation and melodies, clever lyrics – are all present on Barbara Panther. Deliciously weird, this album is like a sonic journey – sometimes it gets frantic, lyrically referencing classic horror (“Voodoo” and its “Mr. Frankenstein” shout-out), sometimes it gets quiet (“Wizzard”), sometimes it gets scary (“Empire”). But at the end of the trip, you want to book another round. 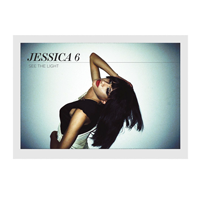 22. See The Light by Jessica 6: “White Horse,” aww yeah! But I’ll get to that in the Top Singles list. Jessica 6’s debut is a bit of a mixed bag of greatness, featuring saucily sweaty funk like “In The Heat” and “Freak The Night” tangling with the smooth disco jam of “Good To Go” and high-energy tunes like “See The Light” and “U Motion.” And then there’s the torch laments of “Not Anymore” and “Blessed Mother.” And and and… I’m not even mentioning the rest of the album because all that needs to be said is go listen. 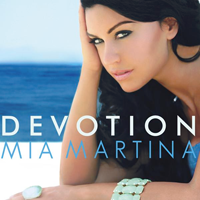 23. Devotion by Mia Martina: Devotion is dreamy dance-pop of the highest caliber; the piano-pumping title track, the splashy synths of “Missing You,” the melodic ballad of “Miles Away,” and the darkly glimmering “Chasing The Rush” all highlight Mia’s wispy, crystalline voice.

24. Feel It Break by Austra: Need some dark synth tunes in your life? You need some Austra. With lead singer Katie Stelmanis’ elegant, sweeping voice guiding the way, Feel It Break gallops to a stunning start with “Darken Her Horse” and only gets better as the album goes on: “Lose It” gets glorious at 2:54 minutes in (the whole song is great, but that little melody is just… oooh!), 2010 single “Beat And The Pulse” lives up to its title (as does the shimmery “Spellwork”), and “The Villain” thumps and thuds and bumps in the night. 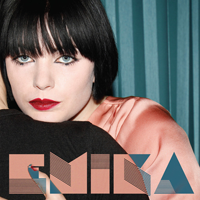 25. Emika by Emika: I honestly did not get this album at first. I quite liked “3 Hours” and its slow-and-steady beat, but the rest of the songs were a bit boring. Or so I thought! An off-hand listen to Emika’s debut album might not reveal its grimy, bass-heavy charm, but if you dim the lights and let it work its magic, you’ll find yourself spinning it over and over again. Even the instrumental track “Be My Guest” is compelling, so imagine how cool the rest of the songs are! Lots of bass, lots of whispered words, lots of bass, lots of eerie melodies, and lots of bass characterize these bewitching tunes.

26. Timez Are Weird These Days by Theophilus London: The best name in music ever? Theophilus London is certainly in the running. He makes a gotta-listen-to-this-guy first impression on “Last Name London,” which features his breathless rapping, a wailing vocal sample, and a powerful pummel of a chorus. The rest of the album doesn’t pound quite as hard as that first song; instead, it picks up sugar-sweet singers like Holly Miranda (“Love Is Real”) and Sara Quin (the outstanding “Why Even Try”) as it grooves through crooners like “Wine And Chocolates” and “One Last Time” and surf-jams through the incredible “All Around The World.” “Stop It” has hooks aplenty, “Girls Girls $” has its vulgar moments but is nevertheless hypnotically fun, and the New Wave-y “Lighthouse” spotlights Theophilus London’s fantastic singing voice. He needs to sing more! Love his rapping, but I need more of that voice in my life. (I’ll talk about “I Stand Alone” and its amazingness in the Top Singles list.) 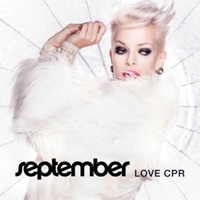 27. Love CPR by September: What a co-ink-i-dink, September! The party’s in my head when I listen to Love CPR! Seriously though, this is a fun album. The scorching trio of “Something’s Going On” (this needs to be a single!), robotic “Intimate Connection,” and electric “Heat Rising” can’t be beat, and the rest of Love CPR ain’t too shabby, either. Pop in your earbuds or crank up your speakers and have a party in your head, too.

28. Seven Rainbows by Alice Gold: Yes, yes, yes! Alice Gold’s Seven Rainbows is classic pop-rock goodness. “Seasons Change,” “Runaway Love,” and “And You’ll Be There” are simply flawless, “Orbiter” rocks, “Sadness Is Coming” is bittersweet, but “How Long Can These Streets Be Empty” is astounding. Yep, astounding. It’s bluesy and filled with buzzing, droning guitars that Alice’s sweet growl takes to another level. What a debut!!

29. Made4tv by Little Jackie: LYRICS! Little Jackie has some awesome lyrics on display on Made4tv, with Imani Coppola’s fab voice delivering killer lines about everything from sampling dudely delights on “31 Flavors” to the promise that if you give her “the time of day, I’ll give you the time of your life” on “Time Of Your Life.” The absolutely excellent production on Made4tv means you have to tear your ears away sometimes from the addictive doo-wops and classic girl group sounds to listen out for those clever lyrics. The wit, wisdom, and wonderful instrumentation reach a high point on “Cock Block” (that title!), where it all just gets gorgeous.

30. Tropic Electric by Kreesha Turner: A late entry to my list! Though I adored “Rock Paper Scissors” during the summer months, Kreesha’s full sophomore album didn’t pop up until the latter part of the year – but it grew on me quickly. From the dubby “I Feel My Darling” to the cry-worthy “Don’t Leave Me Now,” all the way through “I Could Stay” (why is this not a massive smash? It should be!) and the dance-y, trance-y “Away From You,” Tropic Electric gets under your skin.

31. 50 Words For Snow by Kate Bush: What to make of 50 Words For Snow? It’s only 7 tracks long, and I’m pretty strict with keeping my Top Albums list restricted to 9-track-minimums (any shorter, and it just doesn’t feel like an album to me). But this is Kate Bush. And each of those 7 tracks are looooong. And they’re beautiful. Aw heck, I’ll just squeeze this one in at the end of my list. In its own category, almost. 30 Top Albums… plus 1. No, it’s not my fave record of the year, though I wish I felt that way – it’s Kate Bush’s first original album since 2005’s Aerial, which was her first album since 1993. Lord, that’s a long time. Anyways. This is the mother of all moody albums this year, the definition of a collection of songs you must give yourself time to sink into. For me, it’s not the sort of thing I put on any old time; I need to be in the right mood – heh – to get into it. But when I do… I love it. I love the magical “Snowflake” (Kate only sings one bit throughout the whole song, but whoa does she sing it good), I love the ice-cold love story of “Misty,” I love the sympathetic jingle of “Wild Man,” I even love the rather wacky (counting down nonsense words for snow, recited by Stephen Fry? OK! I mean, “Pi” worked, so…) title track. Liking this album so much isn’t a case of blind fan love, I don’t think. There really is something different, something truly lovely, about 50 Words For Snow. Kate Bush – she’s still got it.